A quick scrap buster making some keychains as gifts! 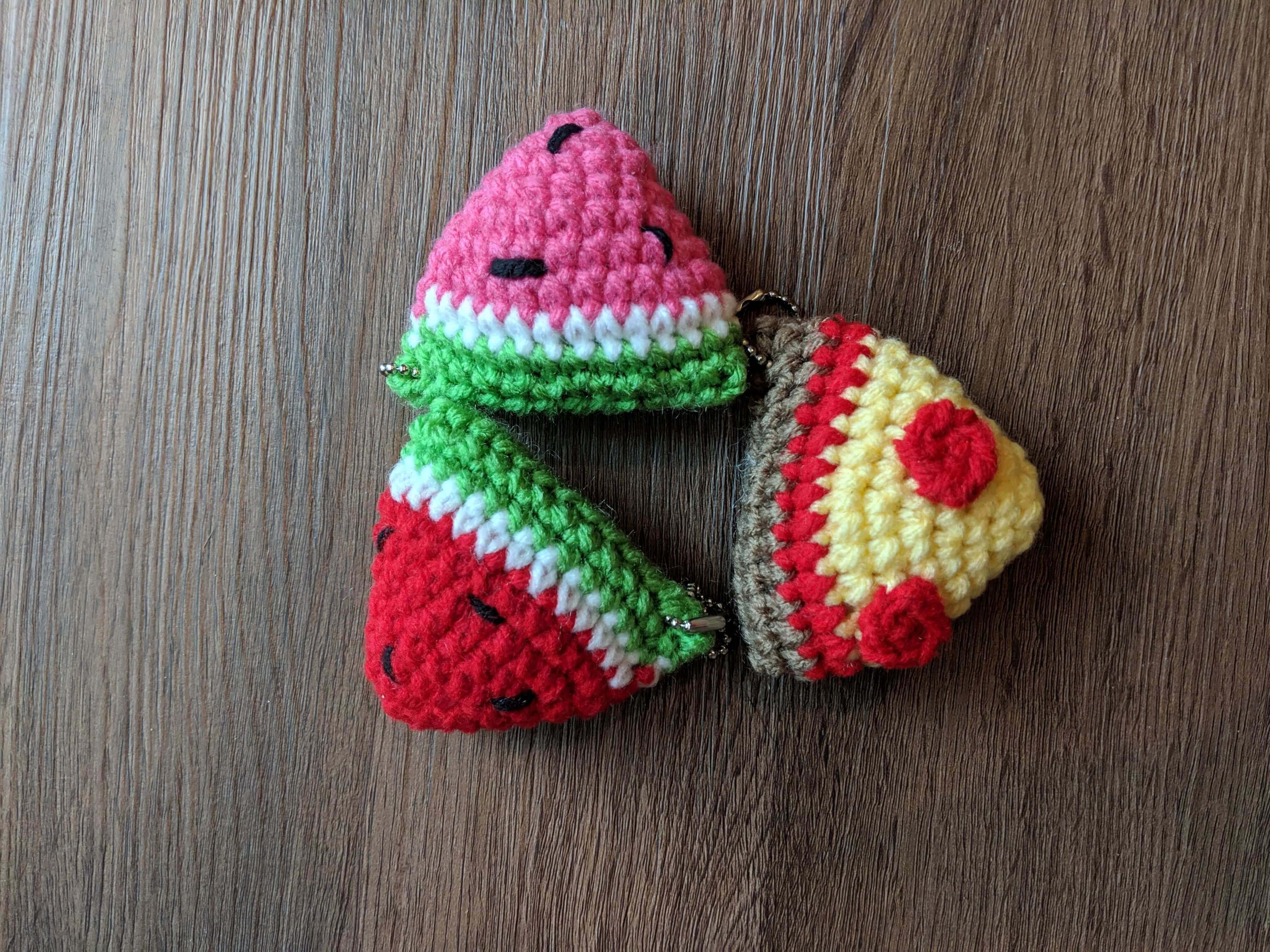 I wanted to create a watermelon keychain pattern and as I did, I realized a pizza slice, or a candy corn can also be made since it is the same shape.

Just use the coordinating colors and add little slices of pepperoni if you prefer!

This pattern is worked in continuous rounds. You will not be joining them so  a stitch marker is very helpful.

Fasten off leaving long tail to whip stitch the hole shut. Before doing so, cut a long piece of black and weave the black in and out of the watermelon to make “seeds”. Tie in the hole and stuff with a handful of stuffing. Then whip stitch your hole closed, adding more stuffing if needed to give it a plump look. Weave in ends and add keychain.

You can also make a pizza slice, a slice of pie or candy corn! Just use the coordinating colors. For the pepperoni I made a magic circle and SC 5 in it.

Happy Hooking! Share on instagram and tag me #ltkcuties in it so I can see your makes!